ppYou heard that right… we have an Axe Throwing League! Can it get any better?!

Step 1. Created a Customer Account, you can manage it here!

How Much Does the Axe Throwing League Cost?

Ax-Caliber Ax-League
Price:
$160 dollars per person for an 8-week league.

What’s included:
Weekly play, 4 rounds of 10. (Tuesday 6p-10p, Wednesday 6p-10p.)
2 Free play options at your Convenience (Tuesday – Thursday), 15% off weekend throwing.
10% off food, Drinks, vouchers will be given out.
10% off Axe/Range for family and friends with League member present

Boards-
Board changes can only be requested prior to the match.
Ax-Caliber Staff member will make decision on whether to change said boards.
All decisions made by the Ax-Caliber staff are final.

Safety-
Only 2 techniques for throwing will be allowed.
The 2 handed over the head, or 1 hand over handed.
All Ax-Caliber Safety rules must be maintained. These rules are posted on the tables in front of every pit.
If at any time you aren’t maintaining a safe environment and constantly not following the rules of Ax-caliber staff and the venue. We will remove you from the pit, you will be removed from the league and no refund will be given.

Minimum Age
You can throw as young as 12 years old. Any person that is under the age of 16 is required to always have a parent or guardian present.

Regular Season
Scoring-
You will do 4 rounds of best of 10. After the 4 rounds, each round you will have a winner. (in the event of tie after end of the round, we will have a throw off to determine round winner.) An overall score will be tallied in the event of a tie at end of season.

Throwers will switch targets every 5 throws. (this is to keep it fair and allow throwers to throw on different targets)

The final week will be a tournament week. The Standings will be determined by record from previous 7 weeks. With the best being 1st place and the worst being the last place.

Points will go as written
Bull’s-eye- 6 points
1st ring- 5 points
2nd ring 4 points
3rd ring 3 points
4th ring 2 points
5th ring 1 point
Kill shot 8 points (this can only be hit on the 10th throw of each round) The Kill shot must be called prior to throwing. (if the kill shot is not called, a regular throw will be assumed and points will be determined as no kill shot. If the Kill shot is missed, you will have one last shot to hit it. In the event it is missed both times, a score of 0 will be awarded for the 10th throw.

Attendance:
Tardiness and leaving early:
All throwers are required to show up on time. A 15-minute Grace period will be given. After 15 minutes you will get a 0 for all scores and lose all rounds for that day.
If you leave before your round(s) are over, a zero will be issued for any remaining rounds.

Being absent
You can miss up to 2 sessions. Those sessions must be made up by Thursday of that same week.
Any absences that aren’t made up will be counted as a 0 and a Loss will be given to all 4 rounds. All absences must be called in 3 hours or more in advance. Any absence that is that is called in less than 3 hours in advance will be subject to Tardiness rules.

If you’re going to be late or absent and work out a date and/or time to reschedule with the person whom you’re competing against we will reschedule.
(All reschedules must take place by Thursday, Week of)

Players are required to arrive by start of regulations play. (No make-up dates are allowed.)
Players will be given a 15-minute Grace period for any match during Tournament. If you arrived after 15-minute grace period, you would forfeit match. Player present will take the win.

Tournament Rules
All regular Season rules will still apply to tournament.
This will be a single elimination tournament to declare the winner of League.
IF in the event after 4 rounds there is a tie, we will have a 5th round.
5th Round Rules
Players will start off on same targets they finished round 4.
Each thrower will get 6 throws. After 3 throws each thrower will switch targets, to create a fair playing field.
Kill shot requirements
On the 6th throw the kill shot will be open. You will have 2 throws to hit said kill shot. If you miss the kill shot on both of your throws, your 6th throw will be recorded as a 0.

The kill shot must be called prior to throwing, if it isn’t called a regular throw will be recorded.

Competing against each other is a blast, but we never want to lose the sportsmanship that comes with having fun.
We will not tolerate degrading any of our staff, any guest, or any competitor. If you are found to do this and refuse to stop after warnings, you will be asked to leave the venue, you will be removed from the league, and Will not be issued a refund.

How Old Do I Have to Be to Play?

You must be at least 16 years of age to be in the league.

What Dates Are The League?

Are Make Up Dates Available?

Make up dates will be available on Thursday, if needed. This is at the discretion of management.

What Comes With the Membership?

With each membership you receive 40 throws a week. You will receive food coupons and 15% axe throwing on the weekends*.This is only available for that member.

*Reservations may be required.

Can My Membership be Cancelled/Transferred?

At this time there are no cancellations or transfers available. If you have a conflict or any questions, please feel free to email us here. You are the only person who can use this membership.

What Are Some Ideas of Groups?

The Axe League is a great way to build relationships – whether that be dates, coworkers, team bonding, friends, families and more!

What Clothing Should Be Worn?

Close toed shoes are a MUST! If you do not have them or forget them, do not worry, we have beautiful pink crocs for you to rent! 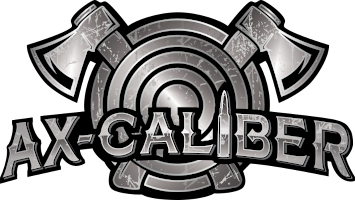 Be the First to Know!

Join our mailing list to receive the latest news and updates about Lakeland's first axe venue and cafe!

You have Successfully Subscribed!